The problems in Nigeria’s commercial Airline sector appear to be creating opportunities for the business Aviation community. While carriers across Africa are suffering from a strong dollar-weak local currency squeeze, nowhere is this being felt more than in Nigeria. Its biggest commercial Airline, Arik Air, suspended Flights to London and Johannesburg in February and is set for further downsizing of its operations.

After a contraction in activity two years ago due to Nigeria’s economic downturn, business Aviation has been quick to seize its chance, albeit one that took some time to present itself. Achuzie Ezenagu, CEO of Nigeria’s Toucan Aviation, told AIN, “The initial knee-jerk reaction was for top clients to seek ways out of contractual obligations with business Aviation in favor of the commercial Airliners. Unfortunately, the commercial Airliners have had their fair share of woes too. As such, we are seeing our core clients look back to us for the all-important service that we provide—business Aviation.”

“The… economy seems to be picking up as diversification is now the name of the game,” said Ezenagu, adding that he sees brighter prospects for 2017. “The Naira is strengthening and businesses seem to have adapted to the new economic environment. I anticipate that this year will end on a high, as new regulations are implemented in our monetary policies and unnecessary restrictions are removed.”

Toucan carried out a strategic realignment of its business model recently. “Following the dip in the value of the Naira, U.S. dollars became very scarce in our operating environment. This had a knock-on effect on our customers, including international oil companies,” he said.

“In response to the inability of our customers to meet the high cost of our 13-seat Legacy 600 for an average of six people per Flight, we invested in the EMB145 49-seaters. These planes have been ordered in our colors and are fully refitted. We will commence a daily operation to Port Harcourt and Abuja in April 2017. He said major client Total Exploration and Production had audited Toucan’s operations in both Nigeria and Europe and had expressed no objections to its “excellent safety procedures.”

“The benefits of our new service are that we are able to provide exclusive boarding at VIP terminals, which gives our clients the privacy and efficiency they desire, while being able to transport a larger volume of passengers at a more affordable cost.”

Another relatively new Nigerian player, Izy Aviation, was incorporated in 2011. It carries out worldwide charter services on a Challenger 601 and a Hawker 800XP, and performs maintenance.

“When we started, our focus was on Aircraft management, and we had up to five jets under management at the time,” said Alex Izinyon II, president, Abuja-based Izy Air Ltd., who attended Aviation Africa 2017 in Kigali In February. “We catered to high-net-worth individuals, oil and gas companies, diplomats, government officials and other corporate bodies.”

As the market changed, the requirements for certain clients shifted away from wanting their own Aircraft, to a preference for charter contracts without the responsibility of the asset. “We thereafter commenced the process to obtain our AOC, [which was awarded] in December 2015, said Izinyon. “We also partnered with an EASA- and FAA-approved MRO to support our Aircraft and clients with line maintenance in Nigeria. Through these, we now carry out worldwide charters, Aircraft sales, management and maintenance,” he said.

“We have gone through several jets we have operated and managed. But what we have found most efficient for us is the Bombardier Challenger series. It is popular with clients here.” The company seeks to attract West African business Aviation customers looking for Aircraft purchase or lease for operations out of the region; worldwide charters out of Lagos, Abuja, Accra, Abidjan, Ivory Coast and the whole West African region for Flights within Africa, into the Middle East and Europe; and ground support.

Given the economic challenges facing Nigeria’s domestic Airlines, he said Izy has also seen more creative demand for business jets on shared charters to popular routes to reduce the cost of Flying. “This is more popular with regular business Flyers on the scheduled Airlines and is growing fast,” said Izinyon.

New market entrant Jetseta was formed in 2016 as a “virtual Airline” to utilize idle bizjet and helicopter capacity and began offering a mobile-phone-based booking platform for bizjet users. “The recession in 2015 led to an increase in business-jet and helicopter downtime, despite recurring maintenance cost. These effects were felt all over the continent,” Harold Okwa, founder of Jetseta, told AIN.

“Commercial Airlines [in Nigeria at least] experienced an FX crunch, as the Naira continued to lose its value. This meant a lot of their fleet could not be maintained for their routine checks abroad, resulting in a cut-back in operational service, as fleet size reduced. This resulted in constant Flight delays. More than 90 percent of Flights in the commercial space are delayed, sometimes for hours,” he said.

Okwa sees an increased migration of passengers from the scheduled-Airline market to bizav. As Aircraft utilization increases, this should result in economies of scale and scope, leading to lower average charter costs and increased competition among operators. The operational fleet had been shrinking, he said, because MRO was paid for in dollars, but ticketing in Naira. “I think it is a tough time for the Aviation industry, and the nation at large,” he said.

Full Jetseta charter Flights within Nigeria usually costs upwards of $10,000. One-way, empty-leg Flights can serve clients who are not on a tight schedule and cost upwards of $3,000. Single-seat passengers see the service as a “good opportunity” to network with like-minded Flyers, with prices starting at $200 per seat. The Jetseta platform combines applications for passengers, and owners and operators. “In the future we aim to achieve greater product-market fit, adapting to our clients’ needs in different parts of Africa,” Okwa said.

Asset Management Corporation of Nigeria said in late February that public confidence was gradually returning to Arik Air after it sacked former management and took the Airline over. It was the only way of ensuring insurance premiums were paid on time on February 9. It remains to be seen whether the Airline can return to health, and Fight off the growing business-Aviation competition. 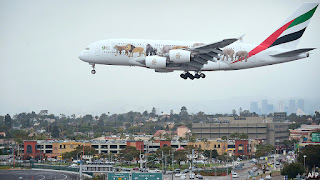 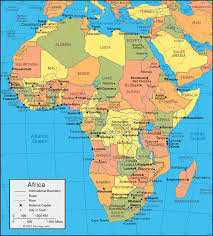 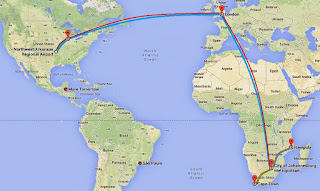 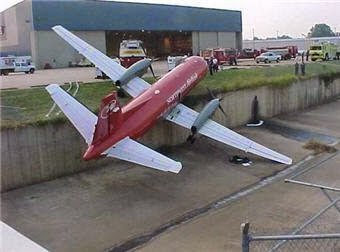 Aviation Disaster at Barcelona Airport in Spain Was Averted


But Fortunately the Pilot of the UTair Boeing, which was coming from Russia, was able to detect the presence of Airbus A340 in the same track and avoided the collision by lifting the aircraft.This Happend due to Error in message transmission.