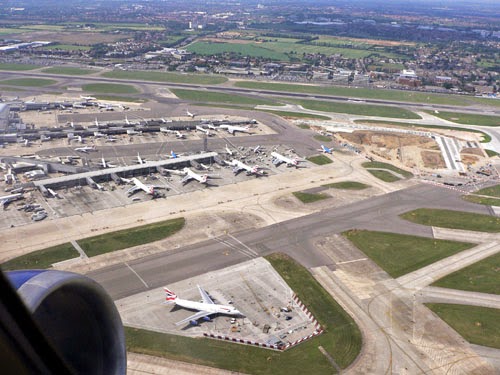 Heathrow Airport is a major International Airport serving London. Located in the London Borough of Hillingdon, it opened in 1929 and is the busiest airport in the United Kingdom as well as the third busiest Airport in the world.
The Airports Commission is considering the case for a third runway at Heathrow, along with that for a second landing strip at Gatwick, and is due to make its final recommendations in summer.

Building a third runway would increase the annual number of flights at the Airport from 480,000 to 740,000, while the freight operation would double in size, ea as would the number of people using the Airport.
Aver since the plan has been made, there are conflicting views on whether the 4.5 mile runway is the right choice or not.  A group of MPs has said it 'beggars belief' a third runway at Heathrow is on the table given the airport is already Europe's biggest noise polluter. he cross-party group also suggested the existing impact of Aircraft noise had been seriously underestimated because it is not being measured properly. 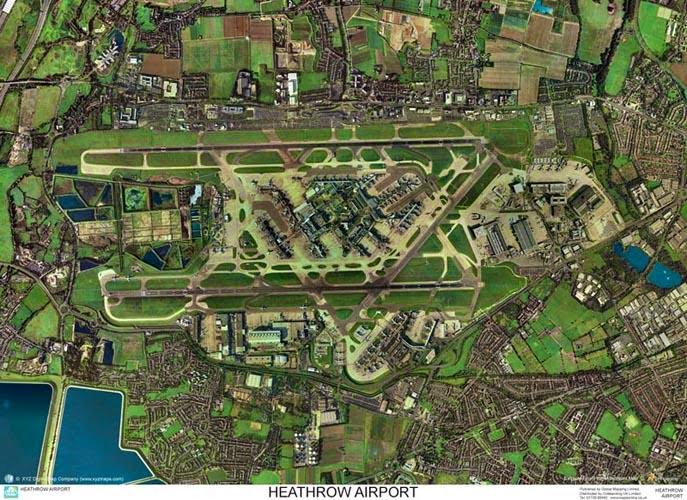 In dec last year. the UK's Supreme Court assumed responsibility for  enforcing EU pollution law. Nitrogen Dioxide levels at the Airport are already in breach of the EU Air Quality Directive, although Management blame traffic on the M4. The government had attempted to avoid a showdown with the EU by agreeing to reduce pollution levels in line
with the directive by 2025, but the date has since slipped to 'post 2030'. This was considered as another blow to the ambitious Airport Expansion Plan.
However polling released on 19th Jan 2015 reveals that for the first time more than 50% of residents in Heathrow’s surrounding constituencies support the airport’s expansion plans. The research undertaken by independent polling company Populus also reveals that the residents rate additional jobs an apprenticeships as the top reasons for their support. •More people support Heathrow expansion than oppose it•58% of residents feel positively about the airport•10,006 residents from 10 constituencies around Heathrow were polled10,006 residents from Spelthorne, Richmond Park, Brentford andIsleworth, Feltham and Heston, Windsor, Ealing Central and Acton,Uxbridge and South Ruislip, Slough, Hayes and Harlington andTwickenham answered questions about their feelings towards Heathrow’s  plans and the airport more generally. The results show that 58% of residents feel positive about the airport while 35% have a neutral feeling with only 7% saying they have a negative feeling towards theAirport.22% of local residents said they would be more likely to vote for aParliamentary candidate if they support expansion and 17% said they are likely to vote for them if they oppose expansion.The research is the largest undertaken locally since the Airports Commission was formed and highlights a strong level of local support in the majority of the constituencies surveyed. This further  demonstrates the importance of Heathrow to local residents, those mostly affected by the airport and who have traditionally been perceived as opposing the plans.John Holland-Kaye, Heathrow CEO said:‘There is a growing consensus that expanding Heathrow is vital for the British economy. It will create 180,000 jobs up and down the country and keep Britain at the heart of the global economy. Now we can see that it is not only the right solution, it is also deliverable. With the majority of local residents backing expansion, the time has come to be ambitious and get on with it.’Time will show the fate of the expansion plan, however it is  quiteevident that no compromise on the factors like pollution and noiselevels will be taken lightly. It is surely  going to be a rough patch.

Heathrow Airport is a major International Airport serving London. Located in the London Borough of Hillingdon