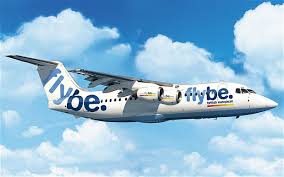 An Airline was forced to make an emergency landing when a bee became lodged in one of the plane's instruments. The Flybe flight 384 to Dublin made a beeline back to Southampton Airport when the pilot became concerned for the safety  of its passengers.

Engineers combing the plane on the ground for the source of the issue got a sting in the tail when they discovered the  tiny yellow and black culprit, which did not survive the ordeal. While back on the ground the passengers told how the pilot announced the bumblebee's remains were being removed from the instruments before they could take off again.

The plane had been in the air for around ten minutes before returning to Southampton.
The flight was then delayed by two hours before it embarked for a second time. 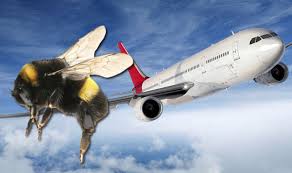 "A bumblebee got stuck in the wind instrument on the Flybe flight BE384. Yes, Flybee.

• Passangers delayed by bird strikes can claim compensation, judge rules
"We were probably ten to 15 minutes out of Southampton and they said they had some issues with the navigational systems.
"They were being light-hearted about it and the pilot was telling us about the bumblebee's remains being removed from the
instruments.

"There were a few grumbles when we turned back but the air stewardess was quite funny."

A Flybe spokesman said: "Flybe can confirm that flight BE384 travelling to Dublin returned from airborne to Southampton  following a suspected technical issue.
"The Aircraft landed without incident and all passengers disembarked as normal.
"Upon inspection, Flybe engineers did discover that the cause of the issue was a bee that had become lodged in an item of
instrumentation on the outside of the Aircraft.

"The safety of its passengers and crew is the Airline's number one priority and Flybe regrets any inconvenience  experienced as a result of the delay to this flight."