April 24, 2017
First Airbus A 321 Neo Delivered To Virgin America
Airbus A321neo
Virgin America(U.S.A)
CFM International
ceremony in Hamburg, Germany
Airbus has delivered the first-ever A321neo. The latest generation aircraft powered by CFM International’s LEAP-1A engines was handed over to Virgin America, an all-Airbus operator, at a ceremony in Hamburg, Germany.
“After Virgin America having been the first customer signing for the A320neo back in December 2010, we are today delighted to deliver the first A321neo to them,” said Fabrice Brégier, Airbus chief operating officer and president Commercial Aircraft. “With our largest, latest, most fuel efficient NEO Single Aisle aircraft we are turning a new page. The new A321neo powered by next generation CFM LEAP-1A engines guarantees new levels of efficiency and longer range to its operators, greater comfort to the flying public and less emissions and noise to the airport communities. Thanks to its cutting edge technologies it is today the most eco-sensitive Single Aisle aircraft available.”

The A320neo significantly reduces noise levels, generating only half the noise footprint compared to previous generation aircraft. Equipped with fuel-saving Sharklet wingtip devices nitrous oxide emissions are 50 percent below regulatory requirements as outlined by the Committee on Aviation Environmental Protection (CAEP). In addition, the aircraft with LEAP-1A engines is proven to deliver at least a 15 percent fuel savings compared to Virgin America’s current generation aircraft, which is equivalent to cutting 5,000 tons of carbon dioxide emissions with each plane every year.

We have been with Virgin America from the beginning and we are excited to launch this new chapter in that relationship,” said Gael Meheust, president and CEO of CFM International. “The LEAP-1A has done extremely well in its first months of commercial service. It is proving unprecedented levels of fuel efficiency and environmental responsibility while maintaining the level of reliability Virgin America has come to expect from CFM. We think they will be very pleased with all this engine has to offer.”

The A321neo is the largest member of the A320neo Family. It covers the entire market, from high density to long-range thin routes. There are currently over 1,300 units on order.

“Increased operational efficiency, productivity, and state-of-the-art technology – this winning combination makes the A321neo an attractive investment for leasing companies like GECAS who are committed to meeting customers’ operational needs while providing the latest technology and a solid return on investment,” said Alec Burger, president and CEO at GECAS. “The low operating costs and reliability of the LEAP powered A320neo Family make it a strong asset in GECAS’ portfolio.”

The new A321neo will become the largest aircraft in Virgin America’s fleet, featuring 185 seats – a 24 percent higher capacity at same comfort levels than its current A320s. Inside the cabin, Virgin America flyers will continue to enjoy three custom-designed classes of service, touch-screen personal entertainment and an on-demand food and cocktail menu on every flight in addition to power outlets at every seat. The aircraft is expected to enter service on 31 May 2017 with its inaugural flight from San Francisco International Airport (SFO) to Ronald Reagan Washington National Airport (DCA). 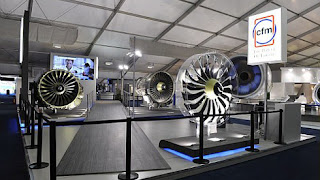 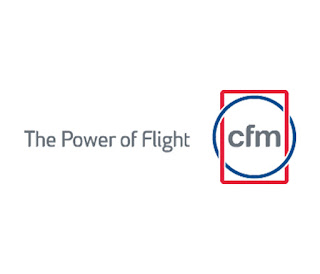 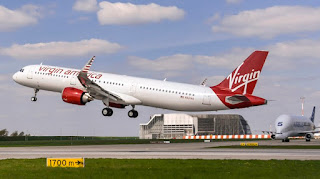